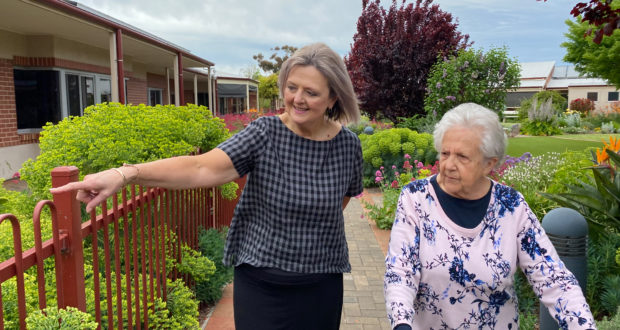 Beth Davidson-Park's journey to the upper management of an aged care provider started, somewhat unusually, at a library.

After completing her undergraduate degree at Adelaide University, the South Australian native went to Melbourne and did a diploma in information management at RMIT, which then led her to working in libraries.

To this day she loves libraries, she says, because "you know, libraries, information, community-hub – some of the best places in the world are libraries".

And since then, her working life has all been about continuing to serve the community.

As someone coming into the care sector from outside, Beth uses her experience to achieve the ultimate outcome, doing what is best for the resident.

"For me, it's about freedom of choice and lifestyles," she tells Aged Care Insite.

"I'm not a clinician. I know what I don't know, and I fully value and strongly support the clinical elements of what we do, but I strive not to lose sight of the lifestyle or human factor in that.

"And my concerns and my passion, are that one of the measures of our success and indeed our funding rests on the outcomes we achieve for individuals and communities."

She says that while clinical and financial outcomes are extremely important, a good aged care home cannot be measured on those outcomes alone.

"Someone can receive the best clinical care, but are they also achieving what they want to achieve in their lives? Are they as content as they could possibly be with whatever physical or psychological or psychological, cognitive restrictions or issues they might have?

"For me, that's where I come from, is ensuring on whatever canvas I'm working, that people have the best life that they can."

Beth, who serves and has served on a number of boards during her career, says that rising to management in any industry is never easy, especially as men still dominate the boardroom.

"I've certainly come up against, on different occasions in my career, very clear dominance of male views or very assertive views. But I guess I always operate from that skills, experience and values base. Work respectfully, but also demanded respect."

To any women looking to move into management in aged care, Beth says that having clear goals is important, as well as confidence in one's own skills.

"I would describe myself as feminist in many ways with feminist views, but that's by acknowledging myself as competent, confident, able to do the job, holding my own view.

"So, I think it is having that level of confidence in what you do, and being frank and fearless in the way you approach it."